You are at: Big In Finland » Finland Tourism » Gay Helsinki: a gay guide to Finland’s capital

The other day I was looking over a travel guide from Germany and found a special section: a list of recommended places that are gay friendly. Since it really is an important aspect for many travellers – for instance, gay tourism from Russia into Finland has increased since Russia’s anti-gay laws were passed – and we haven’t yet talked about that here on Big in Finland, here you have it: a guide for a Gay Helsinki. 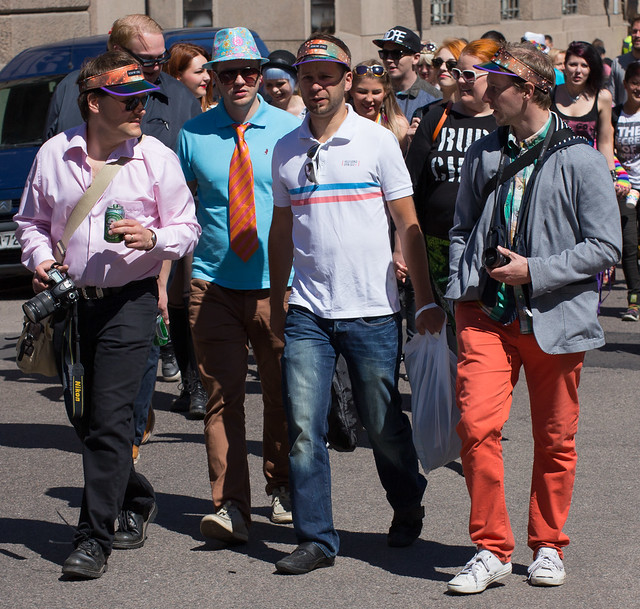 In Helsinki there are many places, services and guides that are Gay friendly. Source.

The list of places for a great Gay Helsinki experience comes from the city’s official tourism website, Visit Helsinki, since they are definitely much better connoisseurs of the gay scene in the capital. All the recommendations we put in this article (and many more) you can also check out on its website here.

The following list of places for a great Gay Helsinki experience is divided on four categories: hotels, bars, shopping and restaurants. We also add some locations and names so you can easily check them out on Google Maps.

We want to highlight the DTM, one of the big gay clubs in Helsinki, open at a new location since February 2013. It is the biggest bar and gay club Finland and the Nordic Countries, and also attracts lots of tourists from Russia. A club in Helsinki. Source.

One Response to Gay Helsinki: a gay guide to Finland’s capital