You are at: Big In Finland » Finnish Culture » Men in the sauna: Miesten Vuoro

Posted in Finnish Culture, Made in Finland: Finnish products

Not so long ago I watched a Finnish movie/documentary called Miesten Vuoro, produced in the year 2010. In it, different groups of men in the sauna talk about episodes of their own lives. Inside the sauna, naked, they share personal stories.

These groups of men in the sauna were from different parts of Finland. They were of different ages and had different occupations. But all those stories had a common denominator: that Finnish men can open up and talk about what they feel in an place as intimate and Finnish as the sauna. 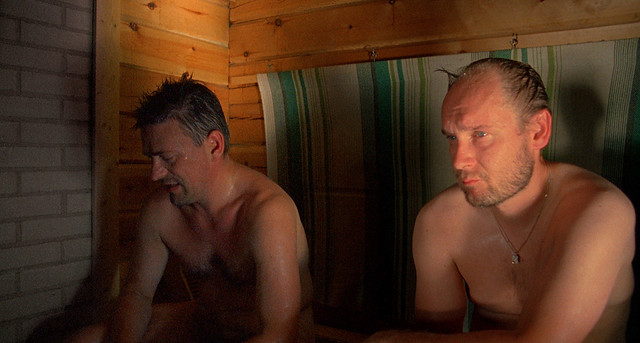 A moment of the documentary. This, and all the other pics of the post belong to Oktober Oy, the production company of the film, and are shared via the POV docs flickr account.

If you are not from Finland but have seen a Finnish movie, it will probably have been either a Renny Harlin film – the most international Finnish director, who has made blockbuster movies such as Die Hard 2 – or a film by Aki Kaurismäki, the director that has captured “the Finnish way” of a lot of different feelings, and is considered an art film director.

There are other kinds of interesting movies coming out of Finland, such as the horror film “Sauna” (where this quiet place becomes the setting of an unsettling movie). Another horror feature, called “Dark Floors“, features the band members of the monster band “Lordi“, who won Eurovision 2006, which makes this Finnish flick pretty unique. But perhaps “Jadesoturi” (Jade Warrior) is the most one-of-a-kind movie that made it out of Finland: It blends Finnish cinema with motifs out of the Kalevala – the Finnish national epic – and the Chinese epic, with its heavily stylized martial arts-focused type of doing movies. It was a co-production between two countries.

Today we talk about a very intimate Finnish documentary. The ingredients are few and simple: men in the sauna, opening up emotionally to one another. 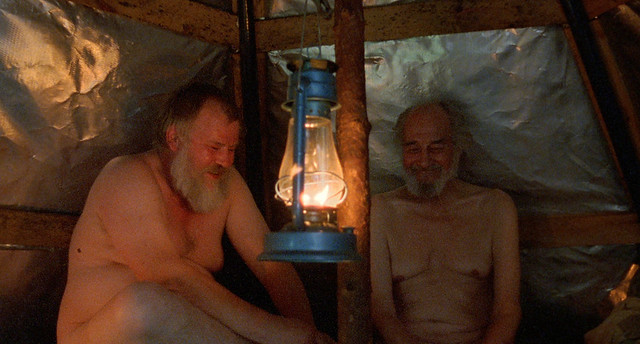 This movie is called Miesten Vuoro in Finnish language, which translates to something like “men interactions”. Its title in English is “Steam of Life“.

The film tells us exactly that. Once the clothes are off and the water is being poured over the hot stones, the men in the sauna can be themselves, without a thick armor protecting their feelings. Finnish people – the ones that spent a sizable amount of time living in Finland – are sometimes reserved, and it can be hard to establish relationships with them. But in this case, once the men in the sauna are naked, they reveal themselves emotionally as well.

In the Finnish documentary Miesten Vuoro we see men in the sauna opening up,revealing true feelings

The stories, most of them very sad, are told by their protagonists: there are no actors. The stories they tell are of life, death, loneliness and togetherness. About the men: some of them are military, others blue-collar workers, there are some joulupukkis (the Finnish word for Father Christmas) and also vagabonds. Either in the fields, in little villages, or in bigger or smaller cities, they all go to the sauna and they open up. 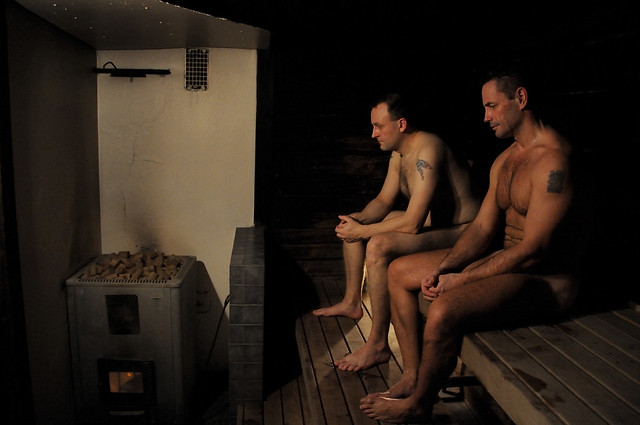 This, below, is the favorite part of all the people I have spoken to about Miesten Vuoro. In this segment, the protagonist adopts an orphan that… well, it is better for you to see it for yourself.

I did like this movie, because of its themes and production values. It is very Finnish. Have you seen it? What did you think of it if so? But if not, what Finnish movie or documentary can you recommend to us?