You are at: Big In Finland » Finland Tourism » The “Lapland Express”: a Helsinki-Rovaniemi High Speed Train 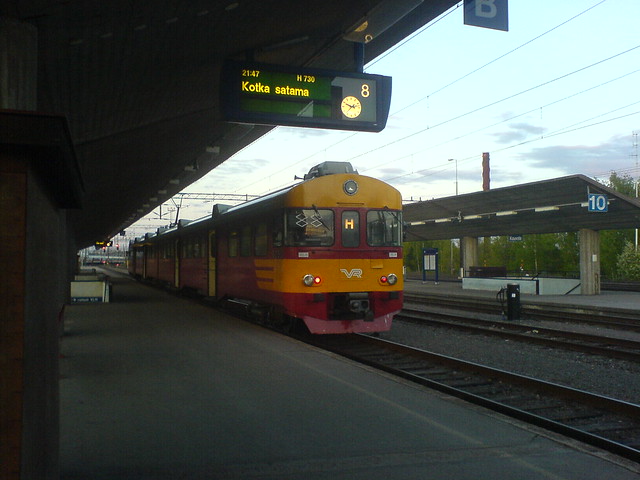 A train in Finland. This one would take you to Kotka. Source (CC:by)

But in the north of Finland and Lapland is where the best places to see the Northern Lights are. Plus, each winter Rovaniemi turns into the World Capital of Christmas, since Santa Claus lives there. 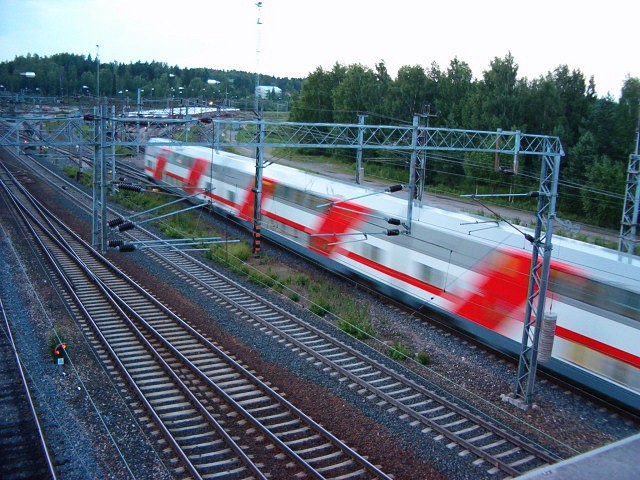 This train doesn’t take you to the North Pole like the Polar Express, the one that we mentioned at the beginning, does. This one goes right to the Arctic Circle (in this YLE article they called it the “Arctic Express“), and is one of the fastest trains in Finland. This, though, might not be saying a lot: it will cover the route between Rovaniemi and the capital of Finland in 8 hours, which is definitely an improvement over the 14 hours that the normal train takes.

These trains – Pendolino models – of the Lapland Express will reach 220 km/hour and at first there will only be one per week per route. The Helsinki-Rovaniemi train leaves on Saturday at 09:30 and arrives at 17:45. The train back, Rovaniemi-Helsinki, leaves on Sunday around 15:00 and reaches the capital at around midnight. In any case, and to be sure of the timetables and be aware of the possible changes, check out the VR trains website.

Perfect for a weekend visit to Joulupukki (the Finnish name for Father Christmas) and to head back to Helsinki, this new train link is definitely one of the many things to see on a trip to Finland.

10 Responses to The “Lapland Express”: a Helsinki-Rovaniemi High Speed Train