The “Restaurant day” in Finland – Ravintolapäivä

Posted in Events in Finland, Finnish food, Made in Finland: Finnish products

Silvio Berlusconi became persona non grata for the Finnish people for saying that, after the United Kingdom, Finland was the place with the worst food in Europe. Finns showed their pride and their sisu and wanted to prove that you can eat very well in this Nordic Country. In this spirit, the Finnish-born Restaurant Day was created. All the photos in this post belong to the Official Flickr account of the Restaurant Day. 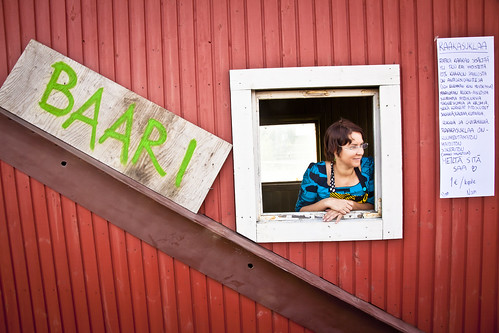 The Ravintolapäivä (Official Website) as it is said in the Finnish Language, is a creation of Olli Sirén, in which anyone can – for a day – set up a food stand, a little café, or a bar. 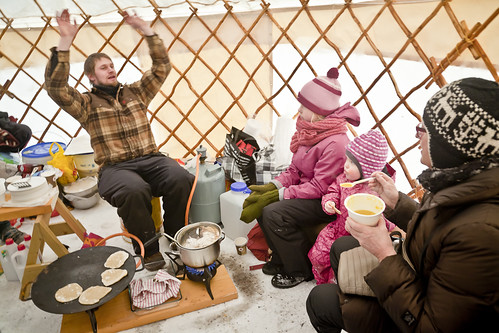 There is no need to ask for a license to take part in the Restaurant Day. As one eater puts it, “it is food without bureaucracy, in the name of civil disobedience.” The only thing they can’t do, nonetheless, is to sell alcohol without a license. Something like that happened during our Erasmus in the house for student parties, “Skarpi”, in Joensuu: it was closed down after someone had the idea to buy beer at the supermarket and to sell it without a license during university parties (it should have been given away for free, of course). 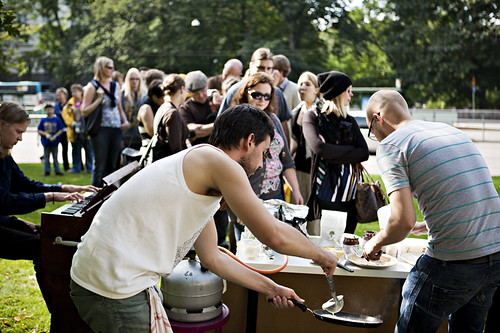 A couple of youngsters serve food in front of a populated queue, while the wait is made more pleasant by a piano player. Where? Obviously in the Kallio Neighborhood. Source: Restaurant Day – Tuomas Sarparanta

The next edition will be on the 21st of February 2016 (see participant cities), and if you’d like to expand this event to your city or town – whether in Finland, Spain, the UK or Poland – you can sign up for it on this page.