“Someone’s got to invent it, and it was the Finns”. A sentence that is maybe being said too often, regarding the number of eccentric summer championships that happen in Finland (which I think is one of the best things of the Finnish summer). We talk today about the Wife Carrying World Championship in Finland.

Finland had a group of runners called “The Flying Finns”, that dominated the middle and long distance tournaments in the 1920s (wiki), but not even they came up with this idea: A run that features carrying your wife (Eukonkanto, in Finnish). 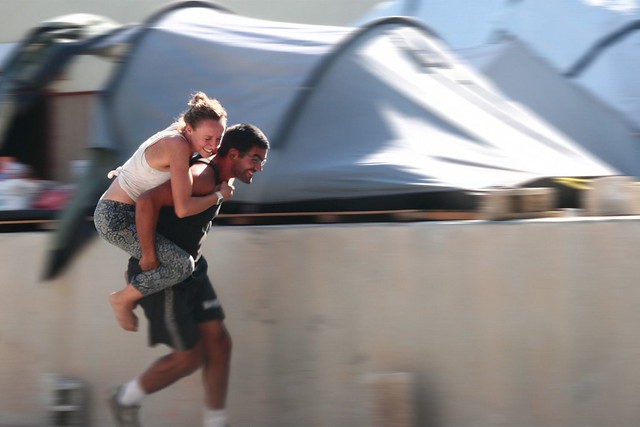 Although the Wife Carrying Championship that happens in Finland every year can be seen as a joke, the contenders really take it seriously (as if they were the Flying Finns themselves). The location of this race within Finland is in Sonkajärvi (map), and it has been going on since 1992 (and in 1997 it became a “World Championship”).

Some of the most interesting rules are: