You are at: Big In Finland » Misc. » Finnish Cuisine: a thorough overview on video

Some time ago we saw how star chef Gordon Ramsay tasted traditional Finnish food. He didn’t like what he tasted but, unlike him, the readers of Big in Finland did like these parts of the Finnish cuisine. Ramsay, as always, brought in the polemic: Some people said that he has no manners, or that he barely put the food in his mouth before criticizing it and spitting it out. the common opinion was that you don’t judge Finnish cuisine like that.

I like Ramsay, though. I see a perfectionist that demands the same of others, or at least no fluff. He can also be a good mentor, as you can see in Master Chef. In any case, I understand that he’s a person not liked by everyone.

When I put his video on our Facebook page, a reader pointed me to another one that also deals with Finnish cuisine: an episode of Bizarre Foods about Finland and its most bizarre foods, with Andrew Zimmern. 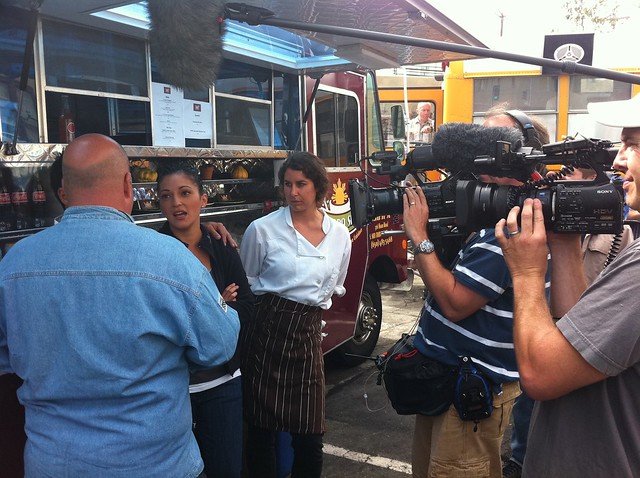 I started to watch it and, indeed, it is a great overview of the whole spectrum of Finnish gastronomy. From family recipes of almost uninhabited islands to a visit to Finland’s top chef Hans Valamaki, from Chef Dominique. His restaurant used to be the only one in Helsinki with two Michelin Stars, but it was closed due to the chef’s lost love with the business side of having a restaurant.

All Finnish cuisine in a single video

The following videos of the Bizarre Foods chapter deal with Finland and its food. The episode is cut into three smaller videos and, above each video, I tell you what’s in it. In almost all the segments and dishes we can see an ever-present ingredient in Finnish food: potatoes.

The first segment about the Finnish cuisine, Andrew Zimmern tastes…

In the second segment, we see:

In the last segment chef Hans Valamaki, the former owner of the only Finnish restaurant with two Michelín Stars, Chef Dominique, prepares:

After this, Andrew Zimmern vistis Jarmo Pitkanen, from the Tundra restaurant in Ruka Kuusamo (in Lapland, the north of Finland) who serves him:

Finally, in the forest with other locals, he tries:

What is missing for me in this video about the Finnish Cuisine? Maybe he should have traveled to Karelia as well, and tried the most Finnish dish of them all: the Karjalanpasti (Karelian stew), and of course the Karelian pie.

Did these videos about the Finnish cuisine make you hungry? What did you like the most from the videos, and what else should he have shown?

One Response to Finnish Cuisine: a thorough overview on video