Every 27th of July, is the National Sleepy Head Day in Finland (Unikeonpäivä), which means that the last sleeping family member must be woken up with water.

How the water gets to the person or how the person gets to the water is a matter of choice. The victims of the Unikeonpäivä find themselves awakened by a bucket of water poured over their heads or by being carried over to a river, sea or lake and thrown in. 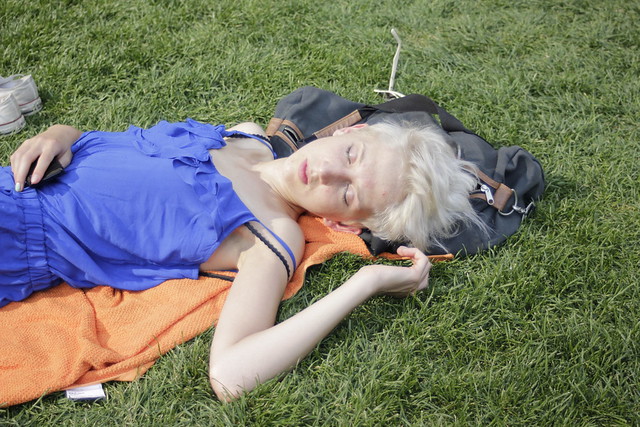 You better set your alarm on on Sleepy Head Day. Source (CC: by) [1]

According to the tradition, in the Middle Ages 6 Christians slept in a cave for 200 years. They had ended up there hiding from a roman emperor.

It appears that this tradition was imported to Finland in the 6th century A.C. The idea is that if the Finns oversleep on that day, they’ll might end up sleeping 200 years as those Christians did.

Another popular belief is that if it rains on Sleepy Head Day, it will rain the following 7 weeks.

Be careful tomorrow!!! It is "sleepy head day" in Finland, which means the last one of the house to wake up will do so… with a bucket of water being emptied over their heads. Comment with the biggest sleepy head you know! Check out the blog for more info. #Finlandia #Finland #Suomi #Helsinki #VisitHelsinki #VisitFinland #MyHelsinki #ThisIsFinland #OurFinland #instatraveling #viajar #viajes #travel #bed #moose [2]

Naantali, the Finnish town near Turku, which most known attraction is the Moominworld (a theme park about The Moomins), has another tradition for Unikeonpäivä.

They get up extra-early on July 27th and pick a well-known person from Naantali that will be taken out of their bed and home and will be thrown into the water.

One of the best country-wide known Unikekos was thrown into the water on 2004. That day, the Unikeko was taken out of bed, rolled up in his sheets by previous Unikekos, and carried by a retinue to the water, where he was thrown into. When the Unikeko got out of the water, people could see that he was the husband of the Finnish President Tarja Halonen, a law teacher at the University of Joensuu.

Naantali has the best Sleepy Head Day in the country.

Have you experienced a Sleepy Head Day in Finland? Are you a late sleeper?