You are at: Big In Finland » Finland Tourism » Santa Claus sights and attractions in Lapland

Christmas in Finland is more than a tradition: Since it is the place where Santa Claus lives, Finnish people take Christmas pretty seriously. Today we talk about three sights and attractions that feature Santa Claus in Lapland, the north of Finland. All of these sights can be found in the capital of Lapland, Rovaniemi.

The first attraction is situated 8 kilometers north-east of Rovaniemi, and close to the airport. It is the Santa Claus Village (official website). You can get there from the city center as well, taking the bus number 8 from the train station. 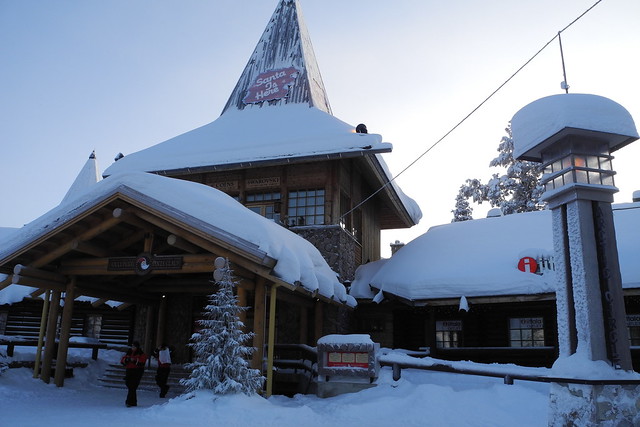 Santa Claus Village, seen from outside. Source (CC: by).

It is open the whole year and offers different attractions: 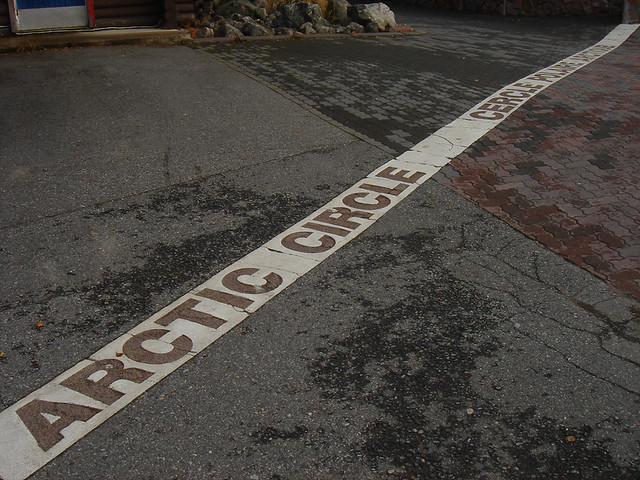 The line of the Polar Arctic Circle. Source (by-sa).

Joulukka (official page) is located in the middle of a forest 16km from Rovaniemi. It is said to be one of Santa’s best kept secrets in Finland. Out of the three places where you can see Santa Claus sights and attractions in Lapland, this is the newest and the one with the highest prices. Up to now the elfs – Tonttu in Finnish language – made sure that nobody was able to find it, because it’s the place where the Command Center of Santa is located: The place where he carefully plans his trip on December 24th. In this Santa Claus attraction in Rovaniemi you can do different activities depending on the program you choose. Each of these programs are suitable for different group sizes and focus on a subset of the whole Joulukka. For instance, some of these programs – that last between 1 and 4 hours and that almost all end up with some traditional meal in Joulukka – are:

The Santa Park (official page) is another popular attraction about Santa Claus in Rovaniemi. The park is designed to look like his cave residence. The visitors of the Santa Park descend through an impressive portal that leads them through a cave into the mountain. 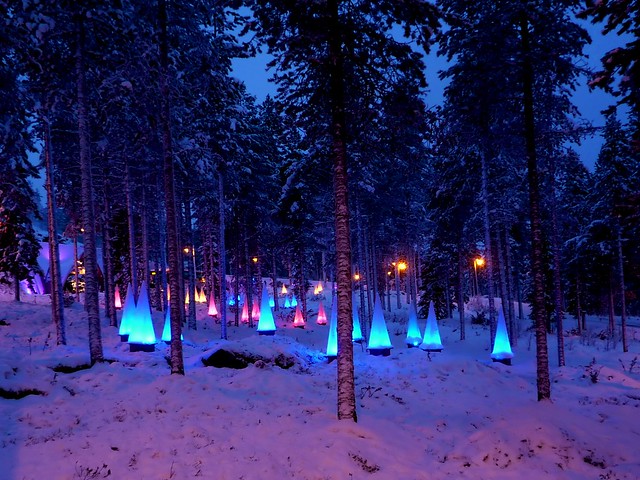 The entrance to the Santa Park. Source (CC: by-sa). Getting inside the cave. Anything to meet Santa Claus in his Lapland home! Source (CC: by-sa).

What you can find inside this sight of Santa Claus in Finland is:

Santa Park is located 9km north of Rovaniemi, and you get to it with the bus number 8 too (this bus is known as Santa’s Express). The Santa Park was named “Best Adventure Destination in Finland” in 2007 and 2008.

Sending your letter to Santa Claus

We did a post about sending a letter to Santa Claus, with the right address and some tips, but it is always good to remember the address: Santa Claus, 96930 Arctic Circle, Finland. Have you visited some of these sights and attractions of Santa Claus in Lapland, the north of Finland? What did you think of them?

Tags:Christmas in FinlandRovaniemi
What to wear in Lapland and Finland in winter
Kaamos: the Polar Night in Finland

One Response to Santa Claus sights and attractions in Lapland

What to wear in Lapland and Finland in winter
Kaamos: the Polar Night in Finland